Our volunteer management team is led by Ray Edwards MBE, himself a traumatic quadruple amputee, with 25yrs experience living as an amputee in society, business and the charity sector. 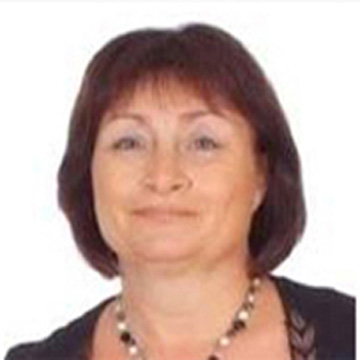 I have always been interested in education and qualified as a teacher over forty years ago. On becoming the mother of three children I found myself on the other side of the teacher's desk for a change, which has proved invaluable over the years in understanding parents' aspirations and anxieties regarding their children's education. Most of my career has been at Glenesk based in East Horsley, Surrey which is an independent Pre-Preparatory School with a Nursery attached. I started as a form teacher, Senior Mistress and, since 2004, as the Headmistress.

As Headmistress, I was always conscious of the need to broaden children's horizons and to make them aware that life can sometimes offer difficult challenges, which we must all be prepared to face; these skills are essential if we are to maintain a caring society, which is prepared to nurture and value those who have faced trauma, neglect and hardship in their lives so, when Ray received his MBE it seemed an appropriate time to show support and raise funds for Limbcare.

My husband, Derek, introduced me to Ray Edwards over fifteen years ago and I have always admired his positive attitude to life despite coping with disabilities which most of us would have found totally overwhelming. Charitable Giving has always played a large part at Glenesk and each year the school picks a charity in which the children can be actively involved. Ray came along and gave an inspirational talk about Limbcare in an Assembly explaining in age appropriate terms how an amputee manages everyday living, how they enjoy life to the full and how, in broader terms, tragedy can always be faced with bravery, stamina and a sense of humour. The children were fascinated when Ray removed his artificial limbs and asked pertinent and insightful questions. This was a valuable lesson for staff members and children alike - a timely reminder that a positive attitude to life can help overcome adversity. Ray and his team visited us regularly and supported our Olympians as they raised funds for Limbcare during Year 2's 'Enterprise Week'. A great lesson for the children in team work combined with learning to help those less fortunate – what could be better!

I was very proud, in 2011, to have been invited to become a Patron of a charity with such an inspiring leader, whose invaluable work reaches everyone regardless of class, colour and creed and which gives inspiration to so many.

After much deliberation, and not without a degree of sadness, I decided to retire at the end of the 2016 academic year. The call of a new home in the countryside and the need for time to spend with my husband, children and grandchildren could no longer be ignored. However, my commitment to supporting Ray and the work he does will continue and I feel sure that, after the recognition he has received, Limbcare can only go from strength to strength. 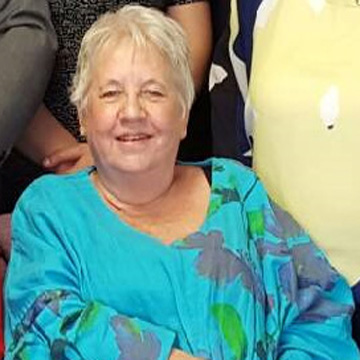 In 1982, I became a single below knee amputee, having elected to have my amputation because of the difficulties I was experiencing through my major disability which is Spina Bifida. As a disabled person I have a lifetime of direct experience of living with a disability.

I have worked in the voluntary sector for over 30 years as a Welfare Benefits advisor giving support to disabled people. In 1986, along with two other amputees, I founded the Midland Association of Amputees and Friends (MAAF), which is a user led organisation covering Derbyshire, Nottinghamshire and South Yorkshire. Over the past 30 years I have worked with hospital consultants and statutory organisations to develop a recognised pathway for amputees to return to independent living within their community and achieve a better quality of life.

In 2008 I became a trustee of the Limbless Association, which is where I first met Ray. We seemed to ‘click’ from the start, both of us with the shared experience of amputation. We work closely with individuals and their families to support people with a recent, long-term limb loss or who are about to have a selective amputation, to achieve the best possible outcome for them.

I have recently become a governor of Derbyshire Community Health Trust. This will enable me to pass on my knowledge and valuable experience gained over the last 30 years.

I am proud to have been asked to be a Patron of Limbcare and I look forward to working closely with Ray and the team. 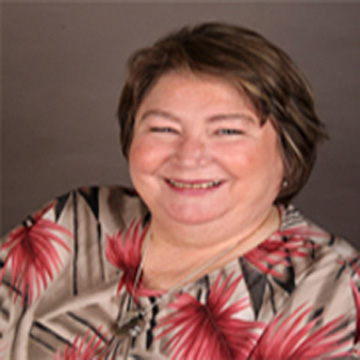 I was first introduced to Ray some five years ago by one of his friends, David Spooner, when I was looking for extra special consultants to sit on my business panel of experts.

We met in the restaurant area of Roehampton Hospital when he was acting Chief Executive of the Limbless Association. The moment I was introduced to him, I liked him. He is a completely down to earth person with a sense of fun and 'joie de vivre', despite his disabilities. I was honoured to be asked to be a Patron of his new venture Limbcare and I accepted without hesitation.

I have followed Ray's adventures with interest and supported him when he left the Limbless Association, due to their move to Essex, which led to this latest project, Limbcare. Ray has such vision, dedication and a gift for giving to others, that he completely immerses himself in whatever he is doing for the benefit of so many amputees. When he was awarded the MBE, I could not have been more proud of him than he was.

Like Ray, I work for the benefit of disabled people so I was proud to be asked to be a Patron of Limbcare. The organisation does such good work for people who are struggling to come to terms with a huge change to their own personal lifestyles and Ray is a great example of the fact that one should never give up. He is an inspiration and the inspiration behind Limbcare. I am proud and happy to support both Ray and Limbcare.